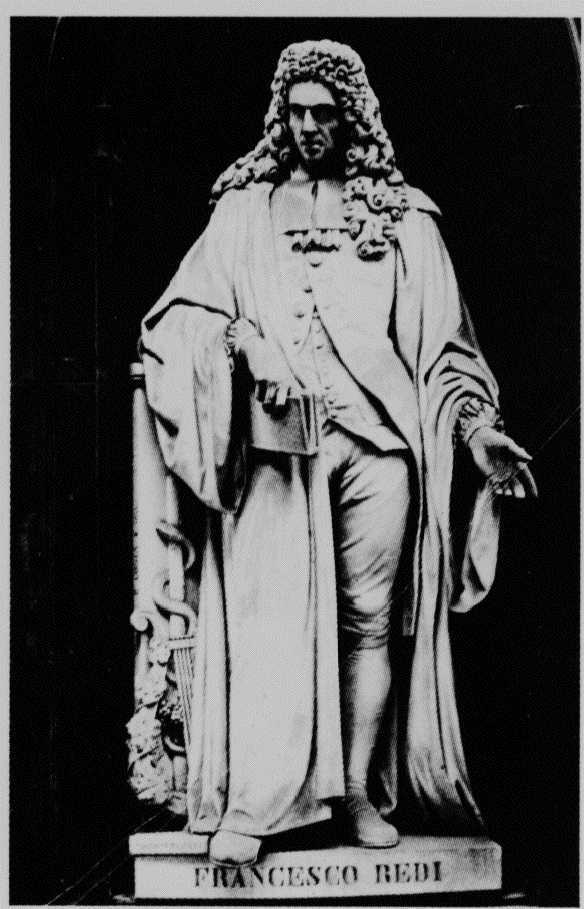 Francesco Redi (1626-1697)son of Florentine physician Cecilia de’ Ghinci and Gregorio Redi was born in Arezzo (Tuscany, Italy)on 18 February 1626, an encyclopedic mind simultaneously naturalist, physician and poet is the founder of scientific and experimental parasitology by his works published in 1668 and 1684.

He studied philosophy and medicine at the University of Pisa, graduating on 1 May 1647. A year later, Redi moved to Florence and registered at the Collegio Medico. There he served at the Medici Court as both the head physician and superintendent of the ducal pharmacy and foundry. Redi was also a member of the Accademia del Cimento, which flourished from 1657–1667. It was during this decade that Redi produced his most important works.

He  showed the impossibility of spontaneous generation of insects (flies) and also he described over hundred species of parasites (helminths, mites, insects) from vertebrates and invertebrates with excellent illustrations. He has also recommended various antiparasitic remedies and specified their pharmacological action. It is besides under his influence that two of his disciples: Bonomo and Cestoni will rediscover and redescribe in 1687 the itch-mite (Sarcoptes scabiei var. hominis).

In 1664 Redi wrote his Osservazioni intorno alle vipere to his friend Lorenzo Magalotti, secretary of the Accademia. In this work Redi states that snake venom is unrelated to the snake’s bile, an idea contrary to popular belief. Redi performed countless experiments on the effects of snakebites, discovering that venom was only effective when introduced into the bloodstream via a bite. In order to prevent the passage of venom into the heart, Redi applied concepts relating to blood circulation to conclude that a tight ligature above the wound would help to reduce the amount of venom that reached the heart. Redi’s work on snakebites marked the beginning of experimental toxicology.

In 1668 Redi completed what is viewed as his masterpiece, Esperienze intorno alla generazione degl’insetti, and sent it to Carlo Dati, a Florentine nobleman and secretary of the Accademia del Cimento. In this work, Redi provided experimental evidence against spontaneous generation in insects, an Aristotelian idea that at the time was widely accepted. This popular idea possibly arose from the observations that worms and other parasites seemed to simply “emerge” from decaying plants and animals. However, using microscopy, Redi discovered an intricate system of reproduction in insects. He examined the egg-producing apparatus and observed the structures of the eggs of a variety of insect species. As a consequence of this work, Redi sought to challenge the doctrine of spontaneous generation in lower animals. He concluded in Esperienze that animals more likely “are born from the eggs laid by their mothers, fertilized by coitus” than through spontaneous generation.

In 1684 Redi published his parasitological treatise, Osservazioni intorno agli animali viventi, che si trovano negli animali viventi. Redi’s research on the generation of insects and parasitology was extended by physician Giovanni Cosimo Bonomo and apothecary Giacinto Cestoni, and their results were presented in Osservazioni intorno a’ pellicelli del corpo umano in 1687. After years of work on toxicology, parasitology, and entomology, Francesco Redi died on 1 March 1697 in Pisa, Italy.

There are no products listed under this category.